January is Thyroid Awareness Month – Read about it here! 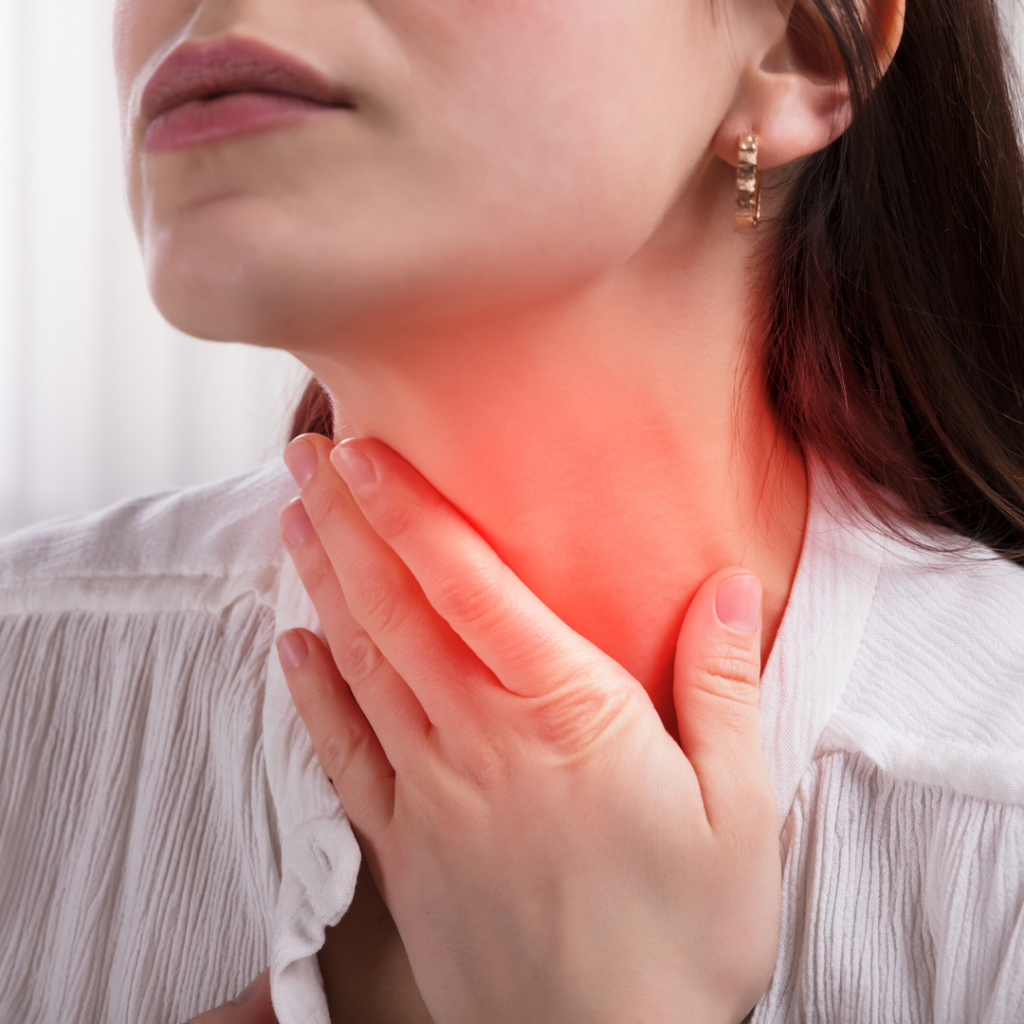 22 Jan January is Thyroid Awareness Month – Read about it here!

What is the Thyroid Gland?
The thyroid gland is a small gland that lies in the neck, just below the Adam’s apple. Though it is small, measuring approximately 2 inches across, it affects many bodily functions, such as the heart rate, metabolism, fertility, digestion, growth, and skin maintenance.

The thyroid gland secretes hormones. These thyroid hormones serve many functions. According to Merck Manual, these hormones “…control the speed at which the body’s chemical functions proceed (metabolic rate). Thyroid hormones influence the metabolic rate in two ways: By stimulating almost every tissue in the body to produce proteins and by increasing the amount of oxygen that cells use.”

The function of these hormones is complex; for the thyroid to make these hormones, the body requires iodine. Typically, we take in an adequate amount of iodine by consuming water and food.
Thyroid stimulating hormone, or TSH, is produced by the pituitary gland. This gland is in the brain area. This hormone stimulates the thyroid gland, causing it to make T4 and T3.

Hyperthyroidism occurs due to an overproduction of thyroxine (T4). This may also be called an overactive thyroid. Hyperthyroidism greatly effects the metabolism, causing it to become accelerated – it likely causes unintentional weight loss and an irregular, rapid heartbeat. Other symptoms of hyperthyroidism include:

Graves’ ophthalmopathy, which is an abnormal protrusion of the eyes. This occurs because the tissues and the muscles behind the eyes begin to swell.

Causes of hyperthyroidism can be caused by Graves’ disease, Plummer’s disease, or thyroiditis, as well as various other causes.

There are various treatment options available for hyperthyroidism.

Another common disorder is Hypothyroidism:

Hypothyroidism occurs when the thyroid gland produces too little thyroid hormone. It is also called underactive thyroid. The opposite of hyperthyroidism, those with hypothyroidism suffer from a metabolism that is slowed. Common symptoms include:

Common causes of hypothyroidism include Hashimoto’s thyroiditis, also known as autoimmune thyroiditis, and a surgically removed thyroid gland for medical reasons. Occasionally a thyroid gland is simply “lazy” though this is less common than other reasons for hypothyroidism.
Treatment for hypothyroidism requires medication such as levothyroxine (Synthroid) or other natural thyroid replacements, which helps to replace thyroid hormones that are “missing” from the body. Many people suffering from hypothyroidism will be placed on levothyroxine. However, a lot of people find that they still experience symptoms of hypothyroidism, perhaps signalling that the medication doesn’t seem to be working for them. There are a few steps that an individual can take if this happens to them. To read more about these steps, those interested could visit this page. Hopefully, this treatment will work and will quickly replace thyroid hormones, allowing individuals to live happily.

This seems to be very common in women of Menopausal age. Make sure you have your Thyroid tests regularly, and follow your Doctors plan to address any issues.

Sorry, the comment form is closed at this time.